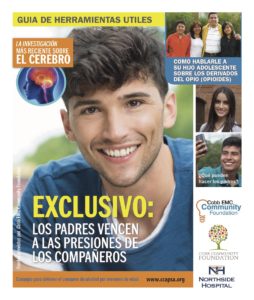 The purpose of our Education Strategy Team is to make our community members aware of the issues of substance use and misuse and how they can be involved in prevention efforts. We are available to present at meetings involving parents, HOAs, civic organizations, faith communities, businesses , youth, educators – you name it! Don’t see exactly what you’re looking for ? No problem! Contact us to develop a customized presentation.

INFORMATION ON SPECIFIC SUBSTANCES IS BELOW THESE RESOURCES:

We have published two resources guides focusing on alcohol and prescription drugs. Click to read these valuable resources. 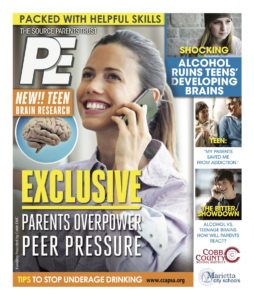 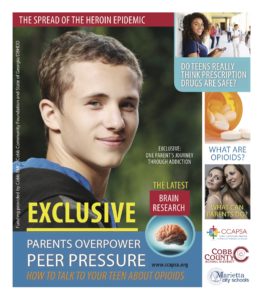 Community Resources: These are only a sampling of the many resources available. CCAPSA does not endorse a particular organization or product and encourage families to research and discover what tools will work best for them.

Partnership for Drug-Free Kids – is a drug misuse prevention, intervention, treatment and recovery resource that helps families with children

National Families In Action – NFA is a nonprofit organization founded in Atlanta in 1977. NFA researches and publishes information about addiction and substances with an emphasis on marijuana.

SAMSHA is the federal agency charged with improving the quality and availability of prevention, treatment, and rehabilitative services in order to reduce the impact of substance misuse and mental illness on America’s communities.

The Council on Alcohol and Drugs  – The Council serves the community through high-quality services and effective prevention programs including educational programs and services designed to engage children and teens, address the needs of parents, and to provide employers, educators, health professionals, policy-makers and the media with authoritative information on tobacco, alcohol and other drugs.

Voices for Prevention – V4P is a program of CCAPSA that provides policy education and advocacy training regarding substance misuse prevention-related legislation and supporting activities.

CADCA  – “Building Drug Free Communities – CADCA is a membership organization of over 5,000 anti-drug coalitions, each working to make their community safe, healthy, and drug-free. CCAPSA is a member of CADCA.

KSU Center for Young Adult Addiction and Recovery – This facility supports KSU students, faculty, parents, and the community at large gain a better understanding of alcohol and other drugs, addiction and recovery at this critical juncture in a young person’s life.

Heroin Working Group – The objective of the U.S. Attorney General’s Northern District of Georgia Heroin Working Group (HWG) is to identify, address and thereby reduce the growing problem of heroin, which includes prescription opioids, as these abusive narcotic substances infiltrate and increase within our communities.

Georgia Prevention Project – The  Project is a statewide prevention program aimed at reducing the use of dangerous drugs among teens and young adults that accomplishes its work through awareness campaigns, educational programming and strategic partnerships with national and community based organizations.